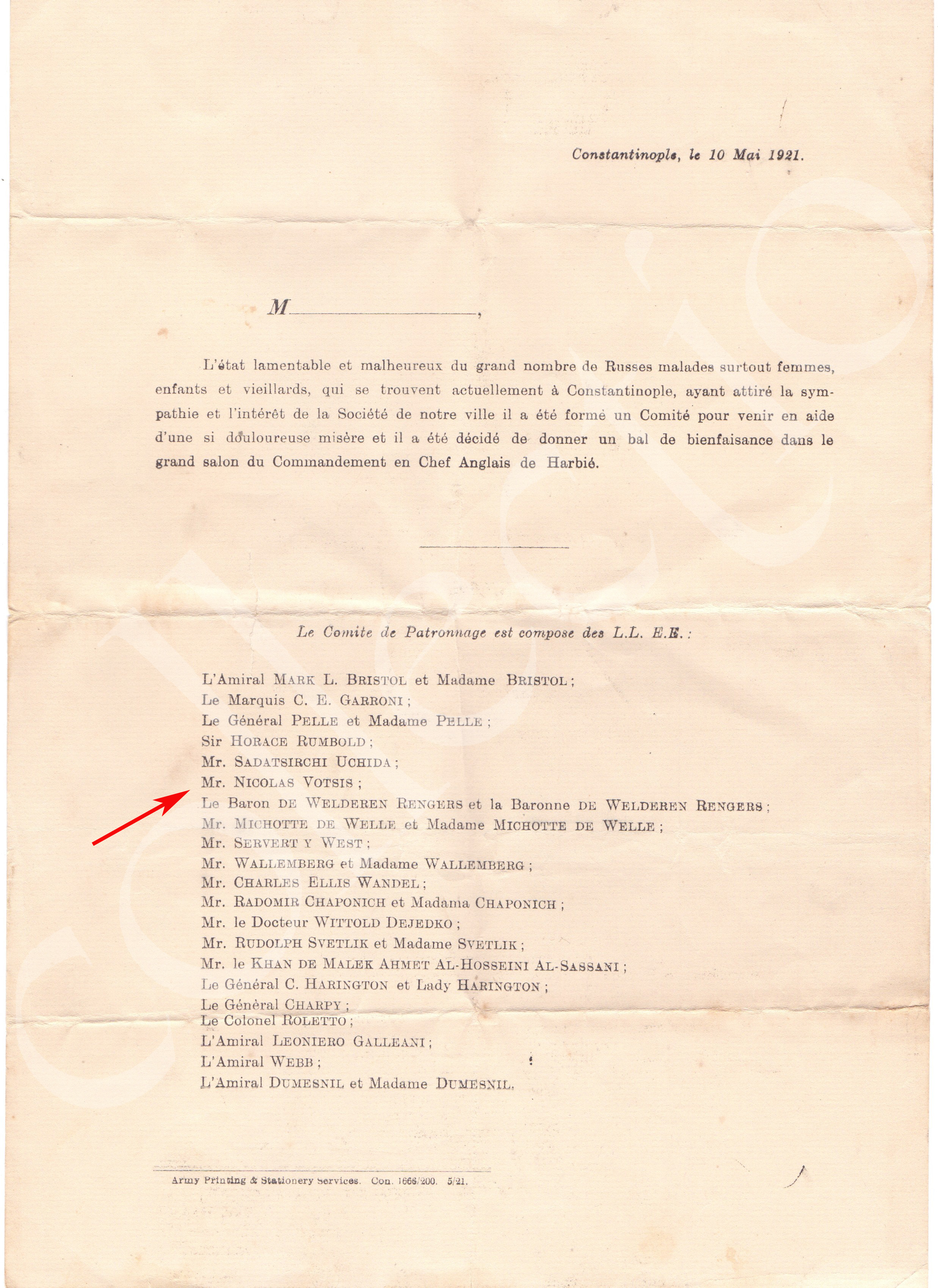 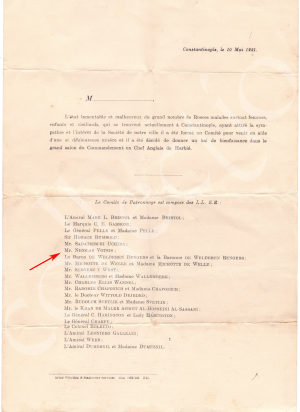 Printed paper invitation form (incomplete) for a charity dance in British Commandment for the sake of Russian refugees, dated 10.05.1921. As we see the Sponsorship Committee was composed by various personalities, Civilians, High rank Army and Navy officers (generals, admirals, colonels) from allied occupation forces in Constantinople of this period, etc. Among them also Nicolas Votsis the known Greek Navy Officer, from the sinking of the Turkish ironclad Feth-i Bülend into
the harbour of Thessaloniki, during Balkan wars (1912). Nicolas Votsis since 27January 1921 has been appointed as Greece's High Commissioner to the allied mission at Constantinople, a post he held until 22 February 1922. The invitation was printed by "Army Printing & Stationery Services, Con. 1066/200. 5.21". A rare 100 years old document in very good condition.

We ship by registered mail.We combine shipping (the final rate depends on the weight).
Τέλος αντικαταβολής για Ελλάδα 6€. We can ship by regular mail at your own risk.

LOCATION
Greece
SHIPPING
ask for:
certificate opinion
or Contact us about this item
Seller samion